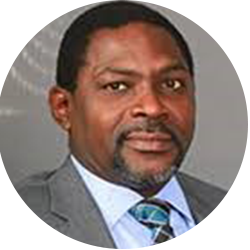 Yinka Olasewere was called to the Nigerian Bar in December 1992. He attended primary and secondary schools in Lagos; ADRAO International School; and St Gregory’s College and obtained his law degree from the Obafemi Awolowo University.

Mr Olasewere trained under the pupillage of Alhaji Femi Okunnu, SAN, CFR for the first seven years of his early days as a lawyer and during those years he acted as one of the counsel representing clients in a broad range of matters.  In the past decade however, he has tended towards real estate and estate planning and succession matters with consistent involvement in general civil and criminal litigation matters.

Until recently, in December, 2018, Mr. Olasewere was a Partner in the top tier law firm, S.P.A. Ajibade and Co where he was equity Partner leading the Real Estate and Succession Department. In his position as Partner in SPACO for 18 years, Mr. Olasewere handled several top-notch clients in areas straddling litigation, land and succession matters and general consultancy services.

In January 2020, Mr Olasewere founded Roof Top Chambers with another practitioner, Bamidele Ayileka of Bamidele Ayileka and Co with the objective of creating a novel alliance of law firms and private practitioners specializing in novel areas of practice apart from the firm’s core competencies in dispute resolution, real estate and property law, private clients, estate planning and succession and commercial law. The firm’s mantra is …It can be Done”.

Mr Olasewere is also involved in charitable organisations the latest being an entity devoted to the welfare of widowers of which he is one. He is also involved in horticulture with a site in Epe where he is also part of a group involved in a housing project in Imokun, for  lawyers with emphasis on young lawyers and retiring or retired lawyers and judicial officers; a  LAW VILLAGE concept. Mr Olasewere is the founder of the Eko Law Museum which will soon be launched in conjunction with other stake holders.

Association of Succession Trusts and Estate Planning Practitioners (ASTEP) is a body that comprises of stakeholders who are involved in the wealth transfer process(es).