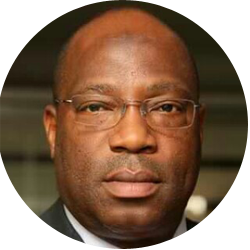 Wahid Enitan Oshodi attended the prestigious Methodist Boys High School. He left Methodist Boys High School in 1983 with 8 (eight) distinctions at O’ Level, and having scored excellent marks in the 1983 Joint Admission Matriculation Board University Entry Examination was admitted into University of Lagos, Akoka where he obtained a degree of Bachelor of Science (Civil Engineering(Hons). Mr. Oshodi thereafter proceeded to University of Buckingham, England and obtained a degree of Bachelor of Laws (LLB) in 1991.

Mr. Oshodi was in 2009 appointed a Notary Public of Nigeria by the Supreme Court of Nigeria.

Mr. Oshodi served as the Vice Chairman, Section on Probate Matters, Nigeria Bar Association, from 2009 till 2013 and once again he was reappointed to the same position in 2018.

Mr. Wahid Enitan Oshodi was appointed HonourableCommissioner of Youth, Sports and Social Development, Lagos State in June 2011 and served on the Executive Council of Lagos State till May, 2015.

Mr. Oshodi is the Principal Partner in the Firm of Oshodi, Oshodi & Co one of the leading Law Firms in the area of Wealth Transfer.

Association of Succession Trusts and Estate Planning Practitioners (ASTEP) is a body that comprises of stakeholders who are involved in the wealth transfer process(es).